Pringles Crouch is a John Deere dealership with branches servicing Eyre Peninsula and the Mid-North of South Australia.

While agricultural producers face ongoing challenges from seasonal conditions and market conditions, we are excited to be partnering with producers who embrace the evolving agricultural technologies that are emerging that can make your enterprise efficient, profitable and sustainable.

We are committed to selling and supporting the comprehensive range of products from our major franchise, John Deere. We are proud to be brand ambassadors for a company with a strong reputation for being at the forefront of new technology with an unparalleled product range for all types of agricultural enterprise.

Along with the John Deere range we have hand-picked a range of farm equipment for their suitability to our region. We sell and support agricultural machinery from Coolamon Chaser Bins, Croplands, WEEDit, Stihl, and Bourgault.

We are proud to be involved in vibrant and innovative rural communities where we don’t just ‘sell to’ our customers, we live alongside them. We volunteer together on community organisations, we are rivals on the sports field, our children go to the same school, and we share together the ups and downs of life.

We are not just boss and worker, we are colleagues, families and friends.

Our goal is to continue to provide a range of precision and integrated farming solutions while building enduring customer relationships with the farmers and supporting the farming communities across our region. 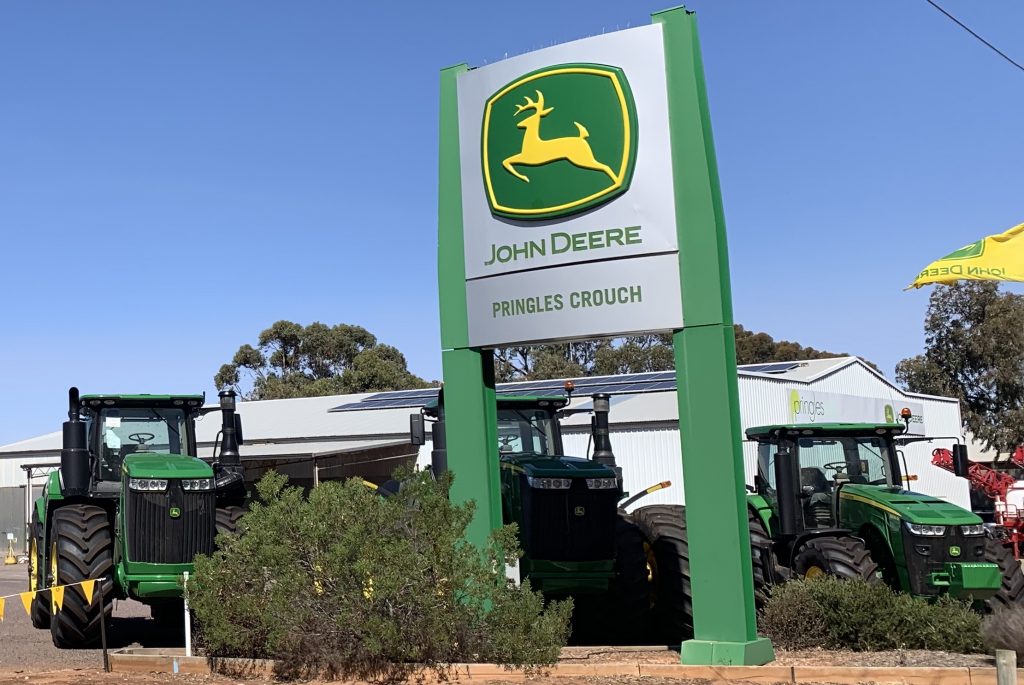 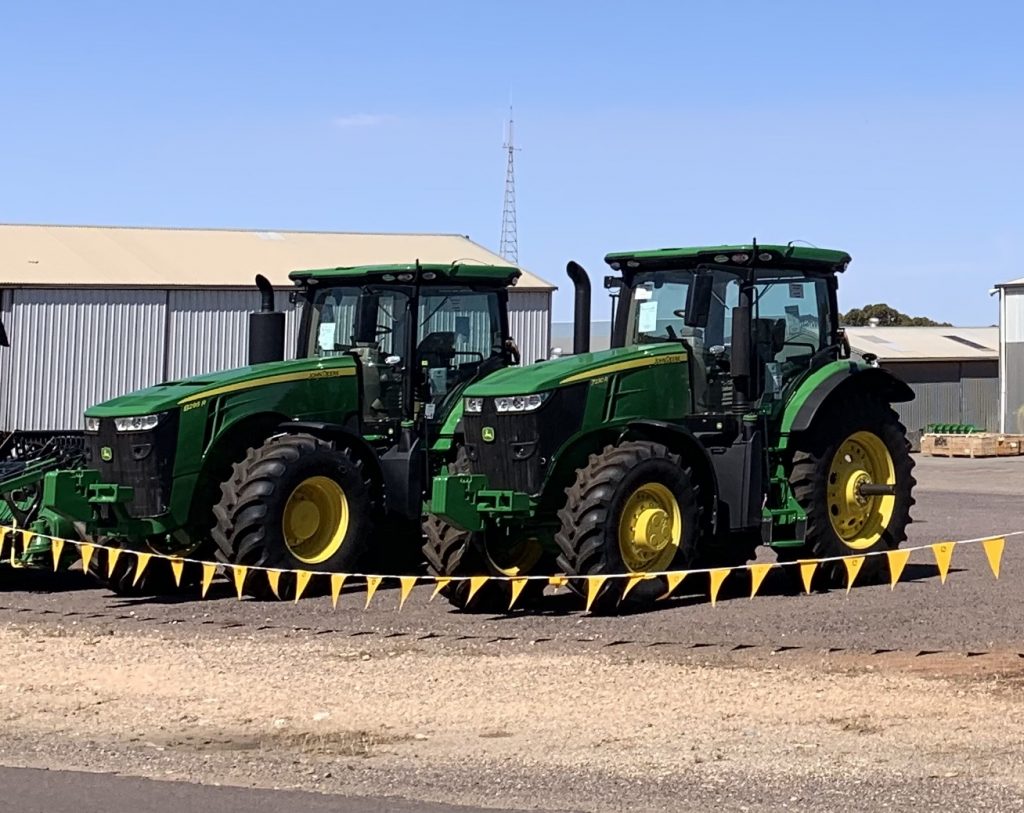 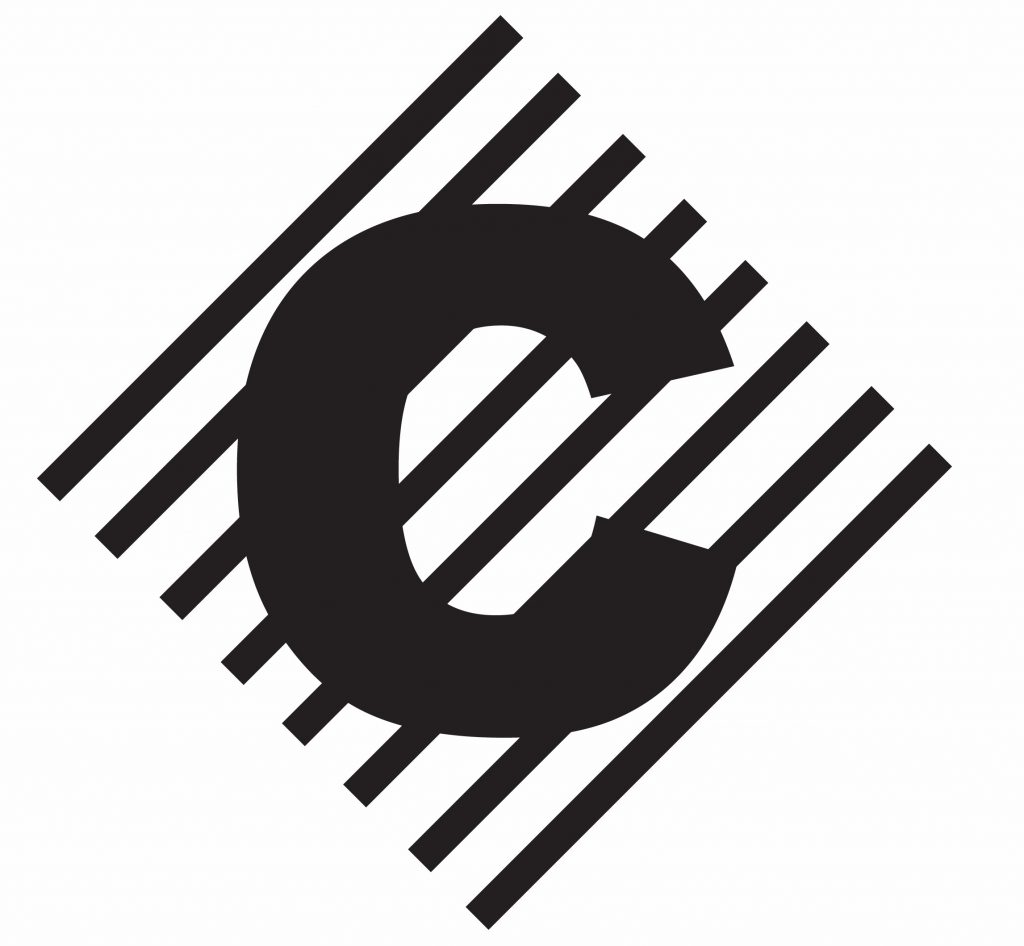 The beginnings of Crouch Rural lie with Jack Newitt, who started a Holden and Chamberlain dealership in the 1950s in Crystal Brook. His son Bill Newitt took over in the 1980s, and subsequently sold the business to Roger Crouch in 1993.

Still selling Holden vehicles, the Chamberlain dealership had transitioned into a John Deere dealership selling to customers in an area bounded by Wirrabara to the north, Blyth to the south, and Jamestown to the east.

With changes to the John Deere dealer network by 1995 this area had extended even further with Crouch Rural servicing customers in an area extending about 180km from its most northern customer near Orroroo to its most southern customers at Clare.

As Roger Crouch stepped back from the business in 2006/2007 his son Lindsay Crouch took over the reins selling a varied equipment range to a wide range of customers, from the vineyards of Clare, through the predominantly broadacre farmers of the states mid-north, and the regional cities of Port Pirie and Port Augusta.

Around the time of harvest, 1960 Oswald’s Garage in Wudinna came onto the market.

Max Oswald was interested in becoming a farmer, and Jim and Shirley Pringle were interested in taking over the business of selling farm machinery.

To ensure that the Pringles were in a position to purchase his business, Oswald was offering to sell that business with some ‘vendor finance’ conditions. That facility together with a personal loan from another local identity meant that Jim and Shirley were able to purchase the International Harvester dealership in Wudinna.

So, in February 1961 they were in the machinery business as very raw recruits with all but zero mechanical experience. However, as they say, the rest is history.

The business commenced with only three other staff; Shirley Gale (nee Tree) was the first office assistant, and Laurie (‘Bronc’) Weeks and Peter (‘Pommy’) Hurrell were the mechanics.

The first item of machinery was sold to Glen Simpson when he purchased a new AWD7. To complete that deal, they traded his Massey 744D tractor. Elmer Robinson purchased the next AWD7 and Pringles Garage had begun.

Over the years of trading as Pringle’s Garage the size of the buildings in which the business operated expanded. Gino Vidoni laid a vast concrete pad as the floor and Barry Thring constructed the shed that was to become our main workshop.
Pringles Garage quickly gained a strong reputation for quality service amongst the client base, Jim was very well known for his can do approach to his customers’ needs, with all his work carried out in his trade mark shorts and thongs.

One night in 1993 in the midst of a violent electrical storm, the roof of the original building was severely damaged and Brenton Duldig was employed to rebuild the storefront and extend the showroom and spare parts department.

It was at this time (1994) that Jim & Shirley decided to retire, and the business passed on to daughters Mandy & Bernadette and their husbands Rick Du Bois and Harry Redding. Harry had been with the business since commencing his mechanics apprenticeship in 1977 and Rick came from a retail background. For the next five years Rick & Mandy operated the parts and sales business and Harry and Bernadette the service operation. In 1999 Case IH chose to cease the dealership agreement with the business, leading the owners into a new era as John Deere dealers as Pringles Ag Plus, taking on new partners, another Pringle daughter Donnamarie and Craig Walker who sold their farm to join the business.

With this new era came a period of growth and expansion, first in the purchase of J&C Motors, John Deere dealer based in Kimba. 2002 then saw the acquisition of Herbert Motors in Cleve. The Pringles business was performing well with its new franchise and new locations, being awarded with John Deere’s top dealership award “Managers Club” in 2005 & 2006.

Farming on upper Eyre Peninsula was tough for a while in this period, this led to the purchase of Trigg & Wedd in the more reliable region of Cummins in 2010.

The business celebrated 50 years in business for the Pringle family in 2011, now with four branches and around 80 staff, the growth over the years had been significant. 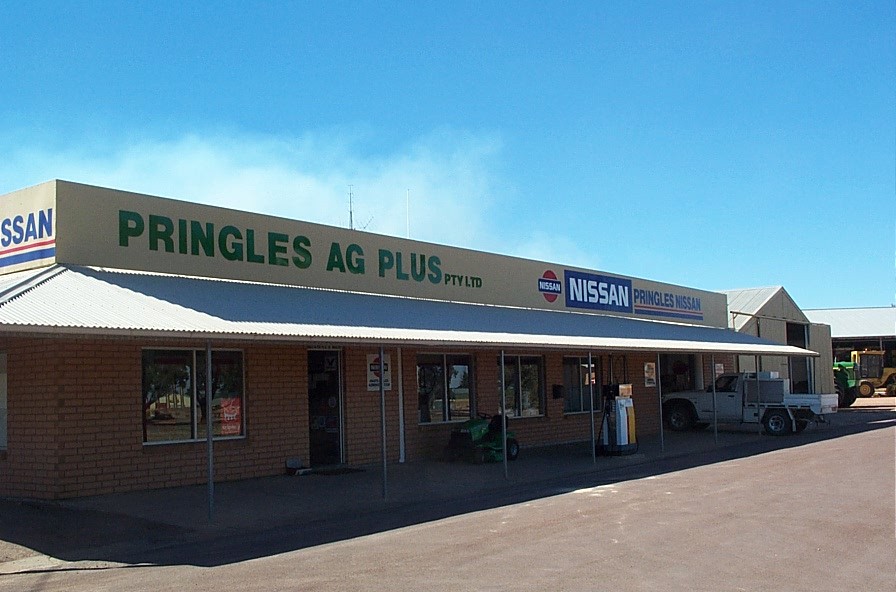 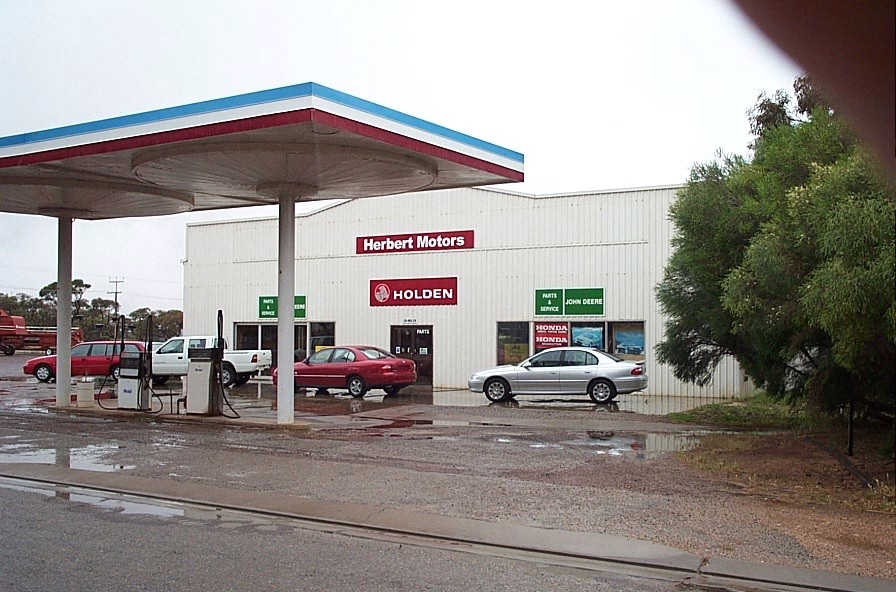 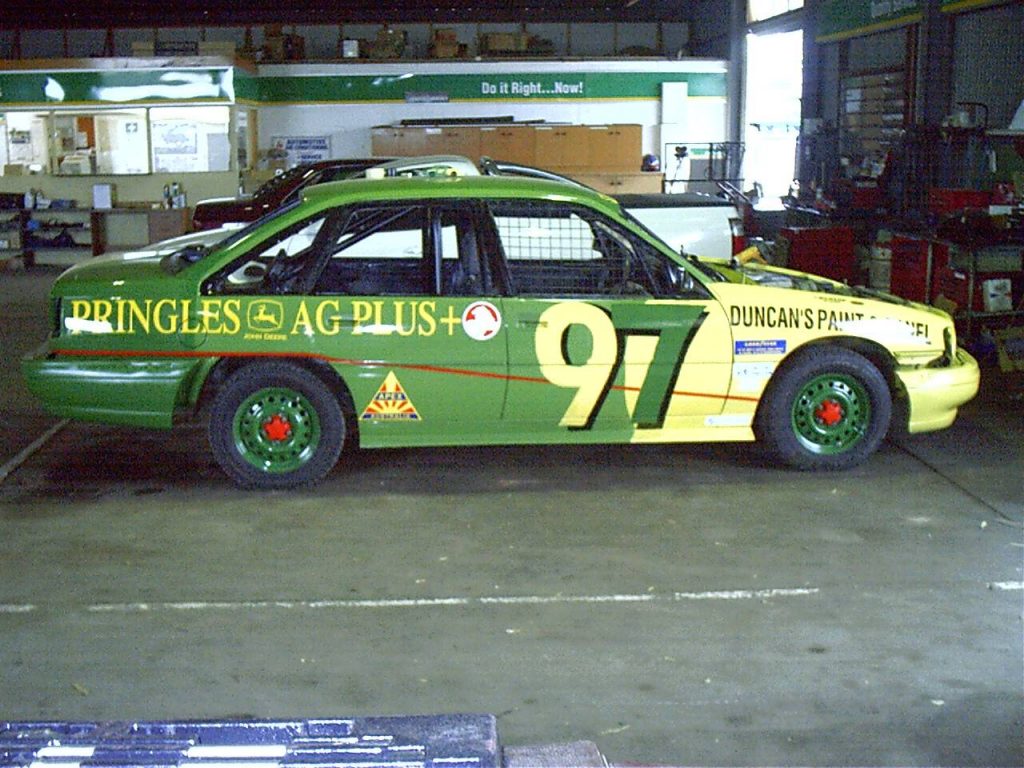 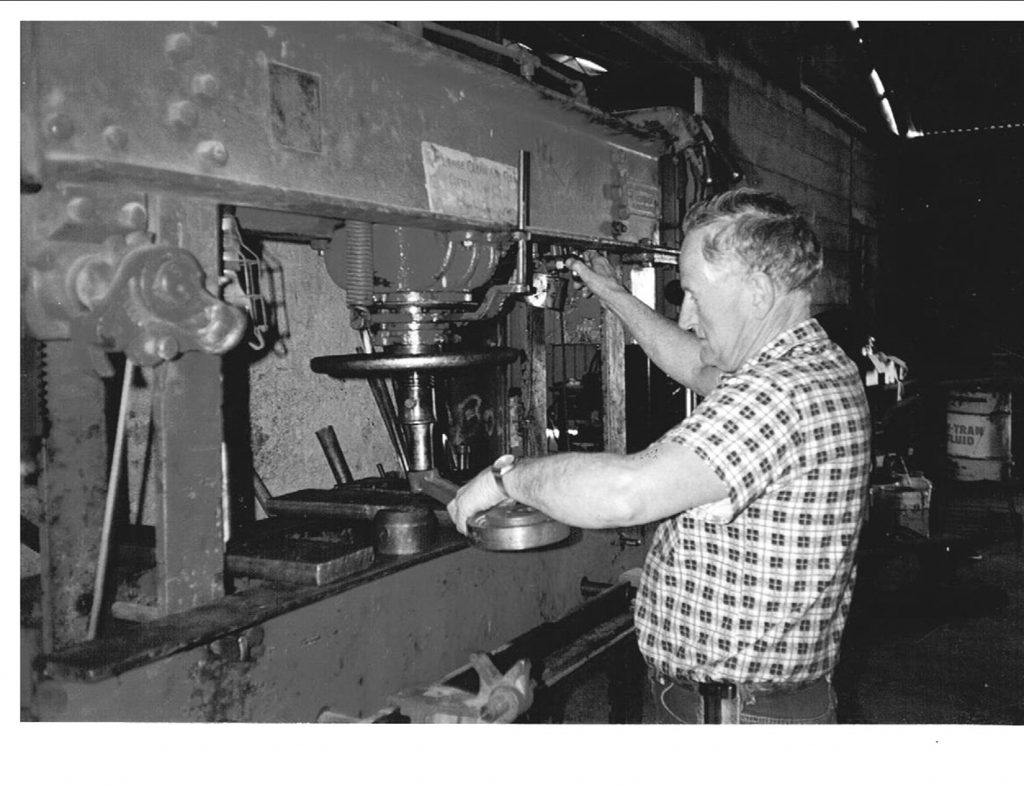 As the scale of farming increased with larger acreages, larger machinery and smaller workforces, it became clear that our dealer network needed to also change so that we could continue to effectively support our local farmers.

2012 saw the Pringles Ag Plus business merge with long established Crystal Brook John Deere dealer Crouch Rural, leading to the formation of Pringles Crouch and Lindsay Crouch coming on as the managing partner.

This merger brought together the combined experience and knowledge of both organisations.

Since the merger, farming technology has developed significantly and what began as simple machine guidance has expanded to tools which measure crop yields and are used to devise accurate and targeted prescriptions for seeding, pest control and nutrient applications. With these tools now totally integrated into machinery there has been a shift in the skills and abilities required of our staff to enable us to support the ongoing development.

What hasn’t changed is the company’s commitment to being at the forefront of these changes which allow us to provide the best possible service to our customers, ongoing opportunities for our staff and continuing support for the communities we live in.

The future of farming is an exciting one, with advances in farm machinery and farm technology driving changes in farming practices allowing our farmers to produce more food, more efficiently.

Pringles Crouch is looking to the future with planned expansion of the Cummins facilities and the 2021 addition of the Stihl franchise to our Crystal Brook branch. We remain committed to the agricultural industry, our staff and our customers.

Grow your career with us. Technological innovation in the farming sector has seen a host of new and exciting career opportunities emerge within the agricultural industry.

Pringles Crouch is a John Deere dealership group with branches servicing the Eyre Peninsula and the Mid-North regions of South Australia.