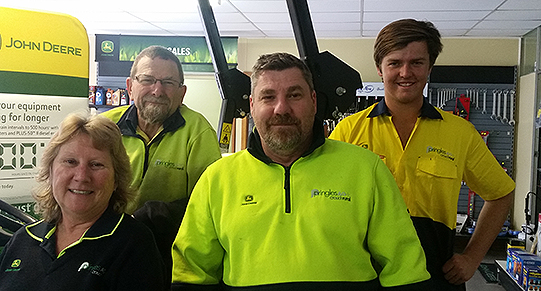 Have you ever thought about the relationships that are built during your time working in a small business? Whatever your role, you will generally meet people that you may not have known before. You begin by dealing with whatever customer issue is at hand, but then as you see the same customer again, and again, you start to learn more about each other. Perhaps you follow the same football team, or follow rival teams. You discover an interest in common, or your kids have one. Maybe you both have elderly parents who you keep an eye on. Whatever it is you have progressed past chatting about the weather and you compare notes

Greg McDonald has been a car tech at Cleve for over 40 years, but did you know that outside of the branch Greg has been involved in sailing through the Arno Bay Yacht Club just as long. As a life member he has held several positions on the committee including secretary and vice commodore. He races Paper Tiger class catamarans, and has competed in events across Australia, and earlier this year at the state titles was Greg was awarded the title State Champion.

After hours you will often see Chris Provis in black & white. They’re not his footy team colours, but the colours of St John Ambulance. Chris is a trained ‘first responder’ in the Arno Bay area with the rank of Superintendent. He is also a junior football coach at Ports football club, SES volunteer at Arno Bay, and he  attends the Arno bay Dirt Circuit races in his capacity as St. Johns volunteer.

Technician Brayden Jones is a volunteer for the Wharminda CFS.  Kathy Wedding has a day job in service administration. She is also life member of the Arno Bay Dirt Circuit Club  and has held her admin role on race day for many years.

Next time you see them outside of work, say g’day.

We love to hear about your John Deere memories and experiences! Share with us on Facebook or upload your photographs or stories and you might see them in a Pringles Crouch newsletter.